This blonde bombshell and fabulous actress, was seen on the red carpet last month, at the National TV Awards. 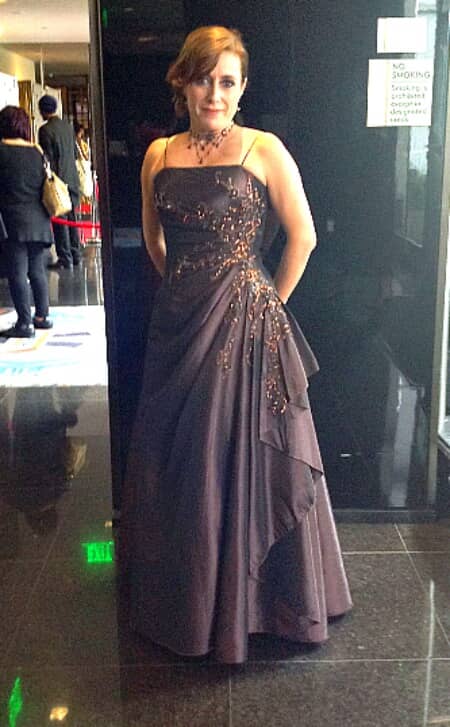 Danya, a very lucky lady, was invited to the Oscars last week. Not many get this opportunity, so Danya decided to go all out on the red carpet.

She is wearing a chocolate brown, slightly embroidered ball gown, fitted at the waist and with a full skirt for added volume.

Dayna, you should have won an Oscar for ‘Best Dressed!’ 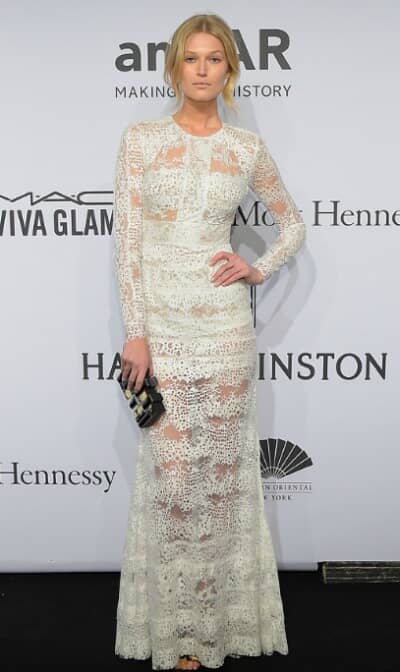 The German beauty stepped out in New York, wearing an Elie Sabb cotton blend lace dress last night to the amfAR fundraising gala. We personally feel the sleeves can look a little older on an evening gown?

What do you think? 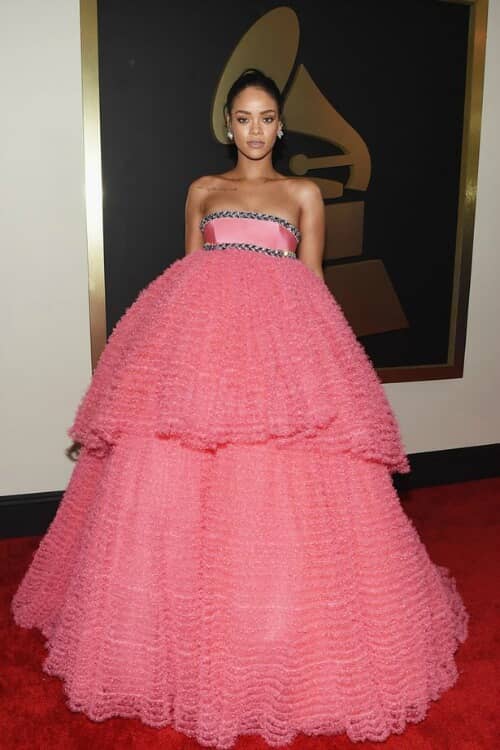 She’s not shy when it comes to making appearances on the red carpet. And this outfit certainly won’t go unforgotten. Rihanna is seen in a rose coloured tiered ball gown from the Giambattista Valli’s Haute Couture line. 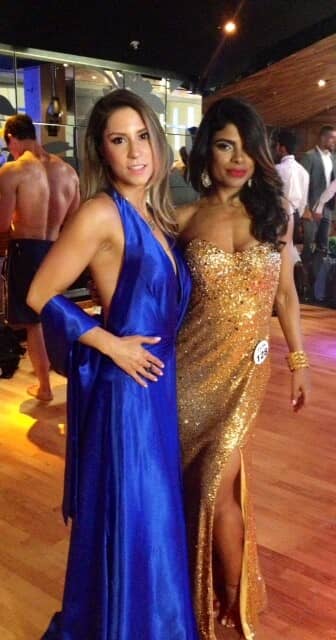 Patricia, the lady on the right, is one of our regular customers.

She had a super exciting event to attend, the London Fitness Fashion Show at the 02 recently and see came third place.

Of course, she is wearing our knock out gold strapless dress, a true winner in our eyes! 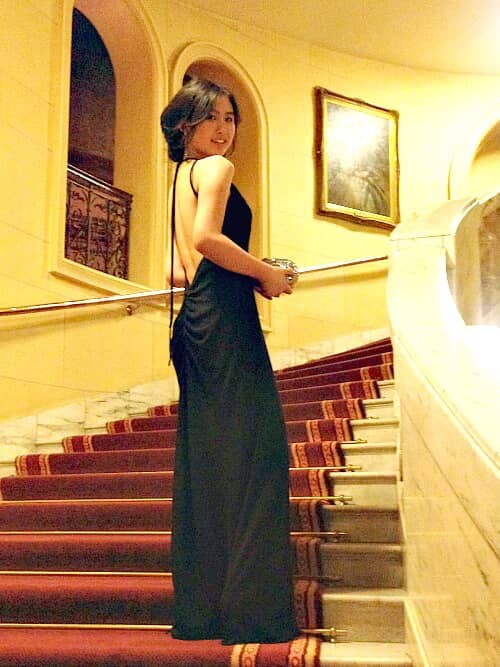 The demure Rachel here wore our low back black jersey gown that ties at the back and hangs loosely. Worn to her leavers ball this Monday evening.

Such a grand photo, we hope she’ll be back in the future! 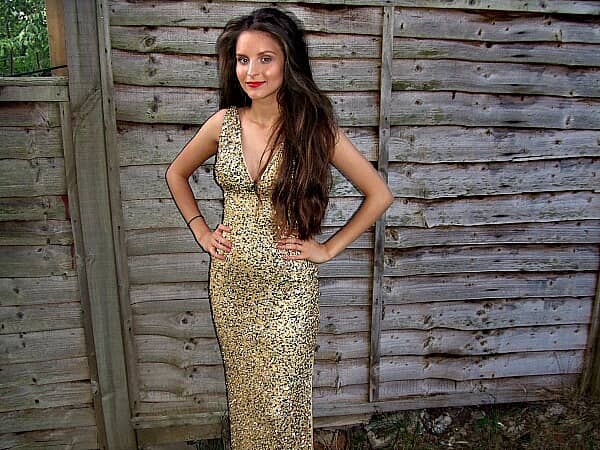 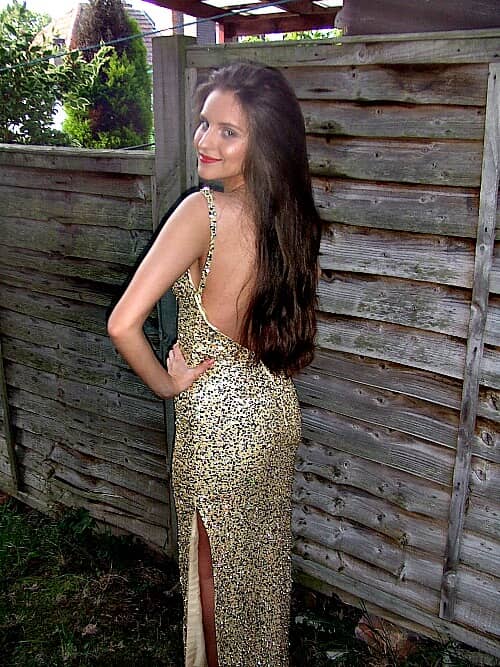 Check out this gorgeous young thing! This lovely lady had her school prom to attend and hired this gown for it.

She informed us that she won second best for her gown too, which of course we don’t doubt, as she looks absolutely knock out here. 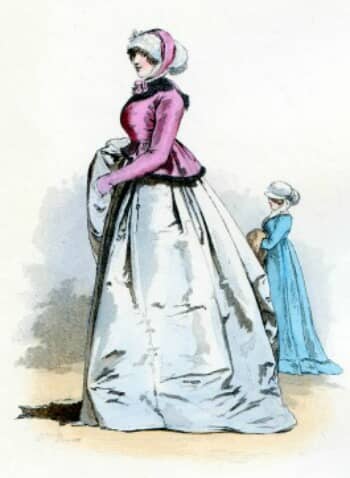 It is said to have been discovered back in 3,900 B.C. in Armenia, in the form of a straw-woven skirt. These garments have been worn by men & women over the years in many different cultures. This is still alive today, some men in Scotland wear kilts, as do some Asian men wear what is called, the Dhoti or Lungi, a piece of material that is wrapped around the waist and knotted, resembling a skirt.

Women’s dresses started to become a lot more varied in the 19th century than in any other culture. Waistlines originally started under the bust, called the ‘Empire Silhouette’, and they started to drift towards the natural waist. The skirt had started of quite narrow, but was now moving towards styles like the Hoopskirt or Crinoline skirt. This was all taking place around 1860s.

Then, skirts took a radical change in the beginning of the 20th century – the hem was no longer at the floor. Around the 1920s skirts became short(er), then in the 1930s, long again. Then throughout the War, skirts became shorter as there was a fabric restriction at the time.

And of course what came into fashion in the 60s? The Miniskirt by Mary Quant. She had dared to create this item the measured normally no longer than 4inches below the bottom. These skirts were so popular, as they are today, worn by teenagers, young adults and can also be seen in sport, such as skaters, cheerleaders and tennis players.

How To Measure Yourself

You may want some help when doing this. 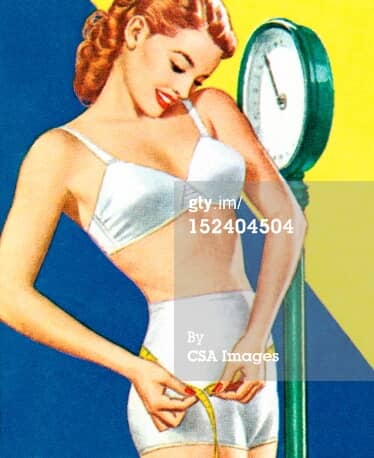 1. Stand straight with your feet together

2. Start at the top of your head and pull the measuring tape down to the floor (you may need some help with this)

1. Your waist is usually found 1inch above your bellybutton

2. Wrap the measuring tape around your waist, not so tight so allowing you to breathe comfortably

1. Your hips are generally about 7” below your waist (depending on your size)

2. Looking in a mirror, find the widest part of your hips

3. The measuring tape should brush across both of your hipbones

2. Keep your bra on, as you’re not measuring your bra size

3. Pull the tape around the back across the shoulder blades, then under your arms and across the fullest part of your bust – take measurement

One Night Stand formal dress fittings are by appointment only. Ring us on 020 7352 4848 or use the Contact page to tell us about your occasion and what you are looking for.